What do students learn in school? In the 21st century, this question has become a political dilemma for countries around the globe. It is a deceptively simple question, but there has never been an easy answer.

Accountability metrics were created to sort and rank students, teachers and schools in order to create a competition where some are winners and most are losers. This type of competitive environment creates fear, and it is not conducive to learning or high performance.

Most student learning, especially the most important types of social learning and formative interactions, happens outside school, especially in early childhood. These personal experiences later go on to affect students’ performance in schools. The most important variables that affect a student’s school achievement are environmental. They occur outside schools and affect children long before they ever set foot in a school. These three variables, which are deeply intertwined, are the social construction of: race, parental income and wealth, and parental education (especially the highest level of schooling that parents achieve).

All three of these variables are proxies for a wide range of social and economic resources that can help students learn and succeed in school, such as parenting skills and child development, especially the time parents spend talking to and reading with children, proper nutrition, access to tutors and extracurricular activities, access to top-quality schools with the best teachers, and also peer networks.

Most policymakers and school administrators talk as if schools and teachers have complete control over the student learning process, but most of the important variables that determine student success, especially in terms of learning and graduating, are beyond the control of teachers or schools.

As W. Edwards Deming pointed out, “Common sense tells us to rank children in school (grade them), rank people on the job, rank teams, divisions … Reward the best, punish the worst.” (This common-sense belief is wrong, especially, as Deming emphasized, when it comes to schooling, where the objectives are supposed to be student learning and personal development.

Over the past half century, social scientists have found that there can be many unintended and adverse consequences when high-stake metrics get linked to individual or institutional evaluations tied to punishments and rewards.

This predicament is often called Campbell’s Law. The psychologist and social scientist Donald T. Campbell explained in 1976, “The more any quantitative social indicator is used for social decision-making, the more subject it will be to corruption pressures and the more apt it will be to distort and corrupt the social processes it is intended to monitor.”

A British economist put it more bluntly in what is now called Goodhart’s Law: “Any measure used for control is unreliable.”

According to Campbell, “When tests scores become the goal of the teaching process, they both lose their value as indicators of educational status and distort the educational process in undesirable ways.”

How have accountability measurements corrupted schools? Take high-stakes standardized testing as a perfect example. Many teachers now spend most of their classroom time teaching to the tests by giving students “tricks” to answer multiple-choice tests or “ways to game the rules used to score the tests,” according to Harvard Graduate School of Education professor Daniel Koretz. Students engage in little, if any, real or useful learning.

Teachers have also been lowering their standards and inflating grades to make students look much more successful academically than they actually are. Some administrators have been manipulating the tested population of students to make sure the lowest-performing students don’t take high-stakes tests. Sometimes, this has taken the form of transferring low-achieving students to other schools or encouraging them to drop out of school. And most shamefully, some teachers and administrators have been engaging in plain old cheating by falsifying student achievement scores.

To make matters worse, because performance measures cannot be verified, judgments of quality are made on existing data, which can be manipulated, or can be partially or wholly fraudulent. This leads to the adverse selection of personnel, whereby deceitful agents who post the best performance markers get rewarded, even though their numbers may be questionable, if not fraudulent.

Often, as Koretz points out, “the wrong schools and programs” get “rewarded or punished, and the wrong practices may be touted as successful and emulated.” The opposite is also true. Honest, hard-working and effective teachers, with true but lackluster performance measures, are passed over for promotion, criticized, sanctioned or fired. Such moral hazards create a perverse Darwinian scenario: Survival of the corrupt.

When performance goals are mandated from above without employee input, subordinates are forced to follow meaningless targets without any intrinsic motivation. Thus, the only incentive for workers to succeed are extrinsic rewards, often money, which leads to shortcuts or fraud to get the monetary reward. Staff begin chasing performance markers for the monetary incentives without knowing about or caring about the fundamental purposes of the organization or the rationale behind accountability goals.

Thus, when it comes to schools, whenever lawmakers or administrators institute a single, predictable measure of academic performance linked to extrinsic rewards, whether it be for students, teachers, or the whole school, someone somewhere will be cheating to game the system.

A 2013 Government Accounting Office report concluded that “officials in 40 states reported allegations of cheating in the past two school years, and officials in 33 states confirmed at least one instance of cheating. Further, 32 states reported that they canceled, invalidated or nullified test scores as a result of cheating.” One scholarly study estimated that “serious cases of teacher or administrator cheating on standardized tests occur in a minimum of 4-5 percent of elementary school classrooms annually.” Temple University psychologist Laurence Steinberg sardonically quipped, “Fudging data on student performance” has been “the only education strategy that consistently gets results.”

Nationwide in the U.S., we are seeing the consequences of this cynical calculation. For decades, researchers have documented rampant social promotion and grade inflation in K-12 schools and in most institutions of higher education. Koretz has argued that grade inflation is not only “pervasive,” but also “severe,” so much so that he argued that this type of subtle cheating is “central to the failure of American education ‘reform.’”

In Houston, as an example, some high schools were officially reporting zero dropouts and 100% of their students planning to attend college, and yet one principal joked, most of her students “couldn’t spell college, let alone attend.” While Texas pioneered accountability reforms in K-12 education, which became national policy through George W. Bush’s landmark No Child Left Behind law, researchers have documented how those reforms led to the corruption of education in Texas. Policymakers and administrators lost sight of education in a push to fudge the numbers so they could secure public accolades, get more funding and build bigger football stadiums.

And what is the impact of grade inflation on students? While students no doubt like high grades that they have not academically earned, they are actually harmed a great deal by such educational fraud. First of all, students become complacent and are unmotivated to learn because they think they already know it all. When students are confronted with higher academic standards in the future, they are liable to wilt under the pressure and either blame themselves or the teacher for the difficulty of authentic learning.

To make matters worse, grade inflation affects disadvantaged students the most. Poor students and ethnic minorities, who are often segregated in the lowest-performing schools in the poorest neighborhoods, often receive the most inflated grades. This is because their teachers often can’t teach effectively due to various social, economic and environmental conditions that obstruct the learning process.

And what happens when academically underachieving high school students fail upwards and make it into college, mostly through the open-door community college? They are then confronted with the fact that they are unprepared for academic success.

Large percentages of freshmen in the U.S. have to start college with remedial classes because they were not adequately prepared in high school. Most of these remedial college students eventually drop out of college, for various reasons, never earning a degree, and often with substantial amounts of student debt. However, many are also just passed through the college system with inflated grades and little learning.

For decades, researchers have documented the lowering of academic standards and the inflation of grades at institutions of higher education all across the U.S., especially at community colleges.

Graduating with a degree

High grades also seem to be inversely correlated with the main measure of student success in college, which is graduating with a degree. Currently, over 80% of all college students in the U.S. are earning A or B grades, but less than half of students who enroll in higher education will actually graduate with a bachelor’s degree.

As college admissions rose, graduation rates declined from the 1970s to the 1990s because standards remained relatively high. But as admissions continued to rise, graduation rates began to increase starting in the 1990s. Students were no more academically prepared, in fact, they were less prepared, so the increase in completion rates was mostly likely due to political and administrative pressure. New accountability reforms most likely contributed to a lowering of standards, especially at non-selective public colleges and universities.

Educational researchers Ernest T. Pascarella and Patrick T. Terenzini pointed out in 2005 that only about half of all college graduates “appear to be functioning at the most proficient levels of prose, document or quantitative literacy,” which means that all those inflated A and B grades aren’t translating into actual knowledge or skill, putting many college graduates at a disadvantage when they enter the labor market, and putting many firms at risk because they have hired ignorant and incompetent college graduates.

While it is certainly reasonable for teachers to use tests and grades to evaluate and measure student learning, these tools are not easy to implement in a valid way that promotes student learning and development. As Jack Schneider of the University of Massachusetts, Lowell, notes, “Measuring something as complicated as student learning” is very difficult, even under the best of circumstances, but almost impossible when it has to be done in a “uniform and cost-restricted way.”

Josh M. Beach is the author of a number of interdisciplinary titles, including How Do You Know?: The Epistemological Foundations of 21st Century Literacy and Gateway to Opportunity? A History of the Community College in the United States. He is the founder and director of 21st Century Literacy, a nonprofit organization focused on literacy education and teacher training. 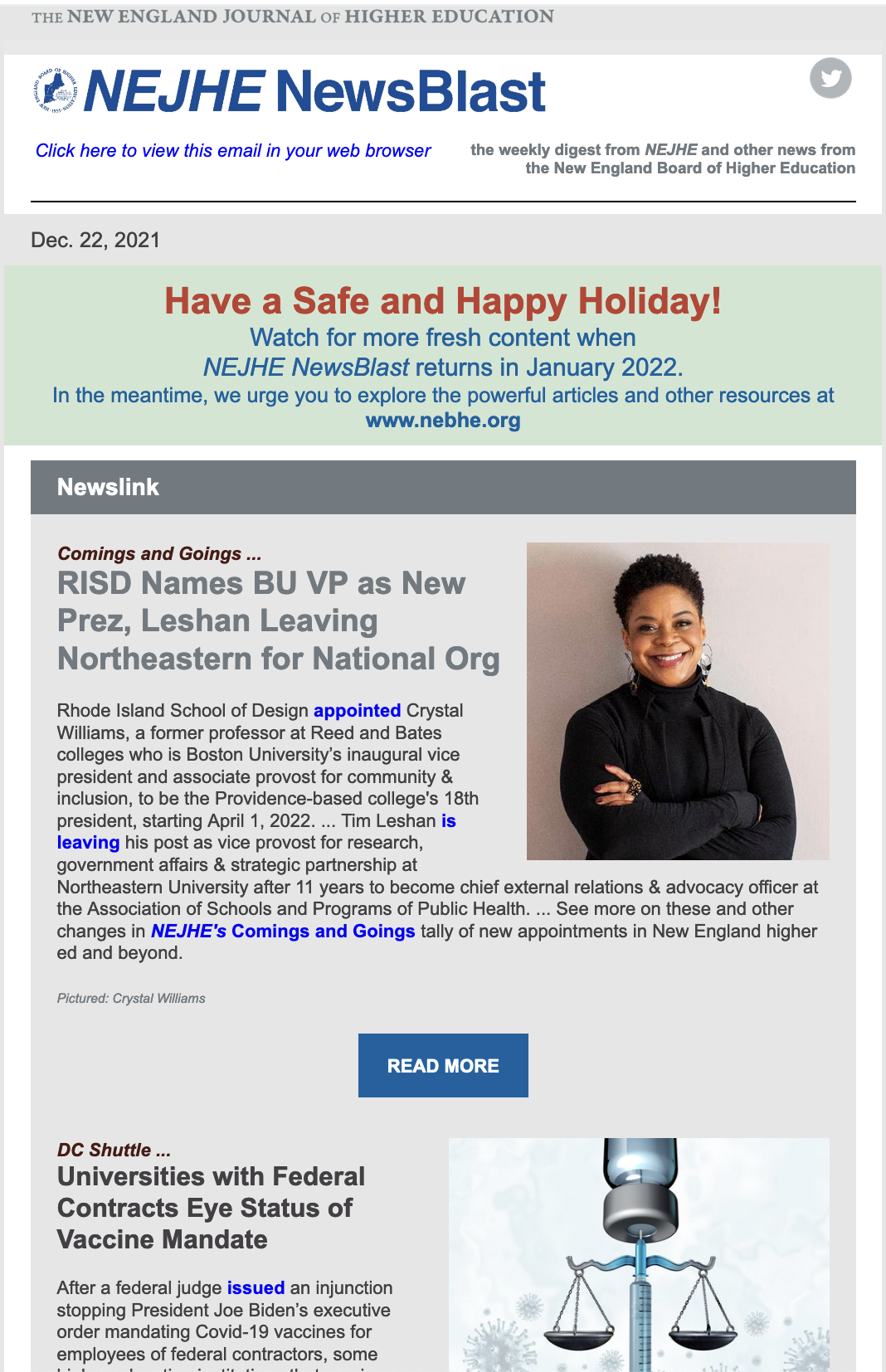